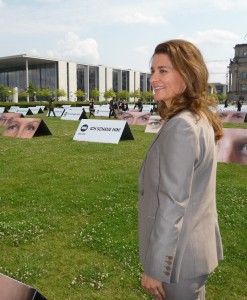 Today I arrive in Germany with one goal in mind: to make global health and development part of the public debate ahead of the national elections in September.  I’m excited to spend time with the ONE Youth Ambassadors who, as part of ONE’s Ich Schaue Hin! Campaign, are holding German leaders to their promises to end global poverty and disease.   We’ll be gathering in front of the Reichstag tomorrow at 10:45 am to spread this message.
Come and join us!

With issues like the worldwide economic crisis and Syria dominating the headlines, it’s easy to forget about global disease, extreme poverty, or the millions of lives transformed by development aid.  But German investments in aid have already had a big impact on the lives of the world’s poorest.   And as one of the world’s leading economies, Germany—and its next government—can play a more active role in shaping the global development agenda.

History has shown us that smart aid works.  Just consider this amazing fact: In 1960, 20 million children died before reaching their fifth birthday. In 2011, that number was less than 6.9 million. Aid funded many of the agriculture and health programs that have saved those lives.

Though Germany’s investment is relatively small—your government spends less than .5 percent of its Gross Domestic Product on aid—you have shown leadership in a number of important areas.

Germany is a donor to the Global Alliance for Vaccines and Immunizations (GAVI) which, since 2000, has vaccinated 370 million children, saving 5.5 million children’s lives.

Last week I wrote in BILD about the importance of Germany’s continued commitment to the Global Fund to Fight AIDS, Tuberculosis and Malaria.  Since 2002, the Global Fund has saved nine million lives by preventing and treating the three leading killers in the developing world.

One of the issues I’m most passionate about is helping women and girls become empowered.  Last year I came to Berlin to speak at TEDxChange about putting family planning back on the global agenda. Shortly after my visit, Germany took part in the London Summit on Family Planning, where developed and developing countries pledged their commitment to this issue.   (As you’ll see in this short film, I believe that giving women the opportunity to decide if and when to have a child enables them to determine their own future and improve the wellbeing of their families and communities.)

Despite these notable examples, I believe the global community needs more German leadership. I hope that in the autumn Germany’s newly elected leaders will show their continued commitment to helping the poorest nations travel the road to self-sufficiency. 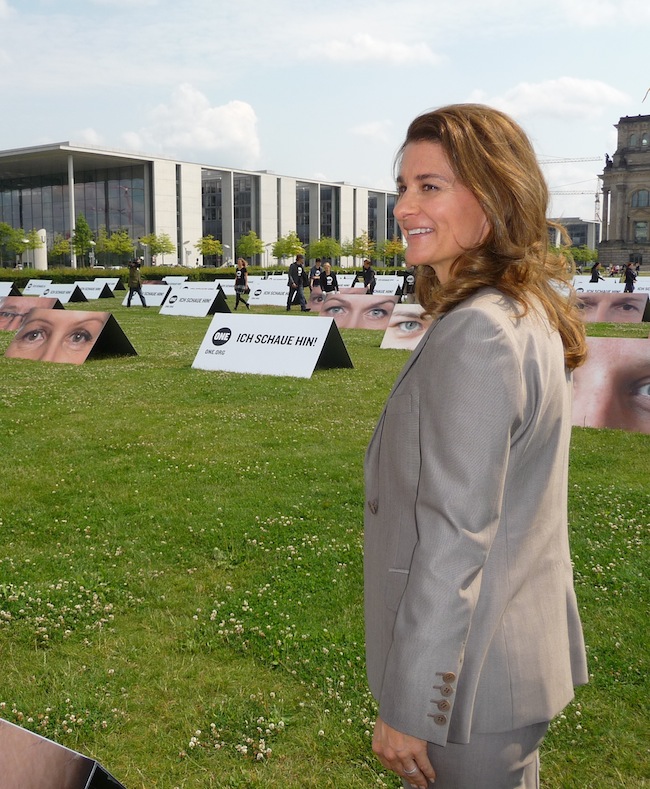